Back
Recalibrating Your Diet: Weight Loss and Beyond 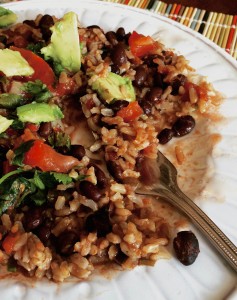 I generally like the tenor of the above quote, which makes the point well that fixation on food is often misplaced. Indeed, while concern is heightened during the holidays and the year’s first month(s) in that seemingly endless cycle of overeating and dieting, long term, meaningful dietary change and weight loss remain elusive for many of us. The cycle is all too often completed when interest in health wanes while the year moves forward: weight is either retained or regained, frustration ensues, and we return to our old habits. Nachos, little tree?

(Okay, you either find that last line hilarious or nonsensical. If you’re in the latter camp, it’s a Joss Whedon line from Buffy the Vampire Slayer. It was also my only place whatsoever to integrate something even remotely funny into today’s post, if only for a few people, so I couldn’t pass it up. This is actually my second Joss Whedon reference now, after last month’s mention of Dr. Horrible.)

Just for the record, I’m not a fan of the author’s use of the word “worry.” I don’t think “worrying” about what you eat per se is the healthiest way to approach food. Food, after all, is one of life’s greatest pleasures. But being conscious and mindful about what you are putting into your body is something I believe to be critically important. (Um, obviously, given this blog’s mission.) And, hey, whether I use the word “worry” or not, it’s the sentiment that many people connect with health and nutrition, especially every January.

In fact, as we continue to move through the month, the messages here in the US to get to the gym, start a diet, or begin eating more healthfully continue to bombard us from all angles: internet and television, celebrities to politicians. Boston’s mayor Thomas Menino just announced last week his goal for Bostonians to lose one million pounds this year, for example, and the Food Network’s Paula Deen came out of the closet about her type 2 diabetes. I’ve been reluctant to jump on this very crowded band wagon and add to the din, as I noted last week. Nonetheless, I can’t disagree with the messages given the obesity epidemic and its correlates of less-than-stellar dietary intakes and food and exercise habits.

If you don’t need to shed some pounds—lucky you!—then please keep reading because we need a lot more than to just lose weight here in the US (and many other places around the world). A report published last month found that only 2% of Americans met the guidelines for a healthy diet as defined by the USDA’s MyPlate, for example. This is a ridiculously small percentage, and it would be tinier still if diets were measured against Harvard’s Healthy Eating Plate, which many scientists like me would agree is more complete dietary guidance. As you think about recalibrating your diet, now’s a good time to read my post comparing these guidelines and learn why the devil’s in the dietary details when it comes to sound nutrition if you haven’t done so already.

Truth be told, we need nothing less than an overhaul of the way the human populace is eating to sustain ourselves as well as the planet—and this is quite independent of the obesity epidemic. In other words, my guess is that even if you are at a healthy weight your diet could use some work to help you enjoy better health, reduce your carbon footprint, and diminish your risk of disease. To that end, I’m going to take some time in the next couple of weeks to discuss some of my top tips that are as relevant for weight loss and dieting as they are for overall healthful eating. While I prefer writing and video blogging about food and drink and integrating the science therein, and I’ll get back to that formula soon, there really is no better time than the the beginning of the year to think more broadly about your general dietary habits that form the behavioral foundations for long-term health.

So, onward with project dietary recalibration, for weight loss and beyond. Get ready, get set, and see you soon with the first step. (Which, by the way, is now here.)