Back
Elegant Caulifower Soup with Artichokes and Leeks

Artichokes and Cauliflower? Who Knew? 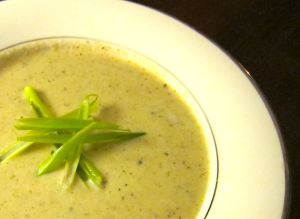 Are you familiar with the hot artichoke dip that commonly appears on restaurant menus? You know, the one that’s loaded in saturated fat, calories, and creamy cheesiness that’s oh-so-delicious? Yeah, I love it, too. Well, kind of. I actually think most restaurant versions  aren’t very good but I make a mean, much healthier version at home, a topic for another time.

Point is, as my relationship with artichokes developed, I began experimenting with this interesting looking green and purple-tinged vegetable beyond the beloved dip, salad accoutrement, and occasional use in savory dishes. And let’s not forget it makes a fabulous topping for garlicky white pizza with herbed ricotta and arugula. 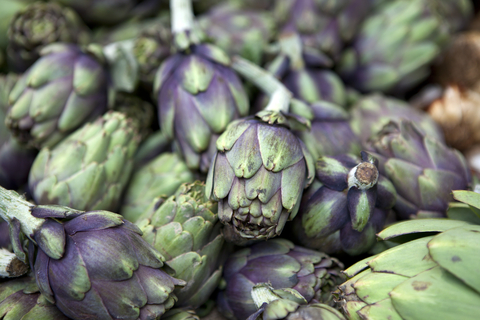 Now, fresh steamed artichokes are fantastic but take some work to finagle. On the other hand, canned artichokes (no salt added) are a fun little ingredient to keep on hand, and (as with fresh), they’re loaded in soluble fiber, folate, vitamin C, and lots of minerals and phytonutrients important for digestive health and blood pressure, among other super benefits. They’re also quite low in calories. Artichokes have a distinct yet mild flavor and, as such, I’ve found they add a “je ne sais quoi” taste and texture to a number of dishes. For one thing, it revolutionized my hummus recipe, which I pretty much never make anymore without a can of artichokes and its liquid, which contains some of the leached nutrients and otherwise replaces water. (That recipe is now here.)

Following my hummus success, I one day decided to fancy up my cauliflower soup by substituting roasted leeks for the sautéed onions and throwing in a can of artichokes—or was it two?—before puréeing. (The basic cauliflower soup recipe is here.) I also added extra garlic to the batch and more cream than usual. (You still don’t need a lot of cream, or even any, as you obtain that property from the cauliflower; do what you will.)

As the soup simmered away, it began to smell and taste like that ravishing hot artichoke dip we all love.

I am not kidding about this. 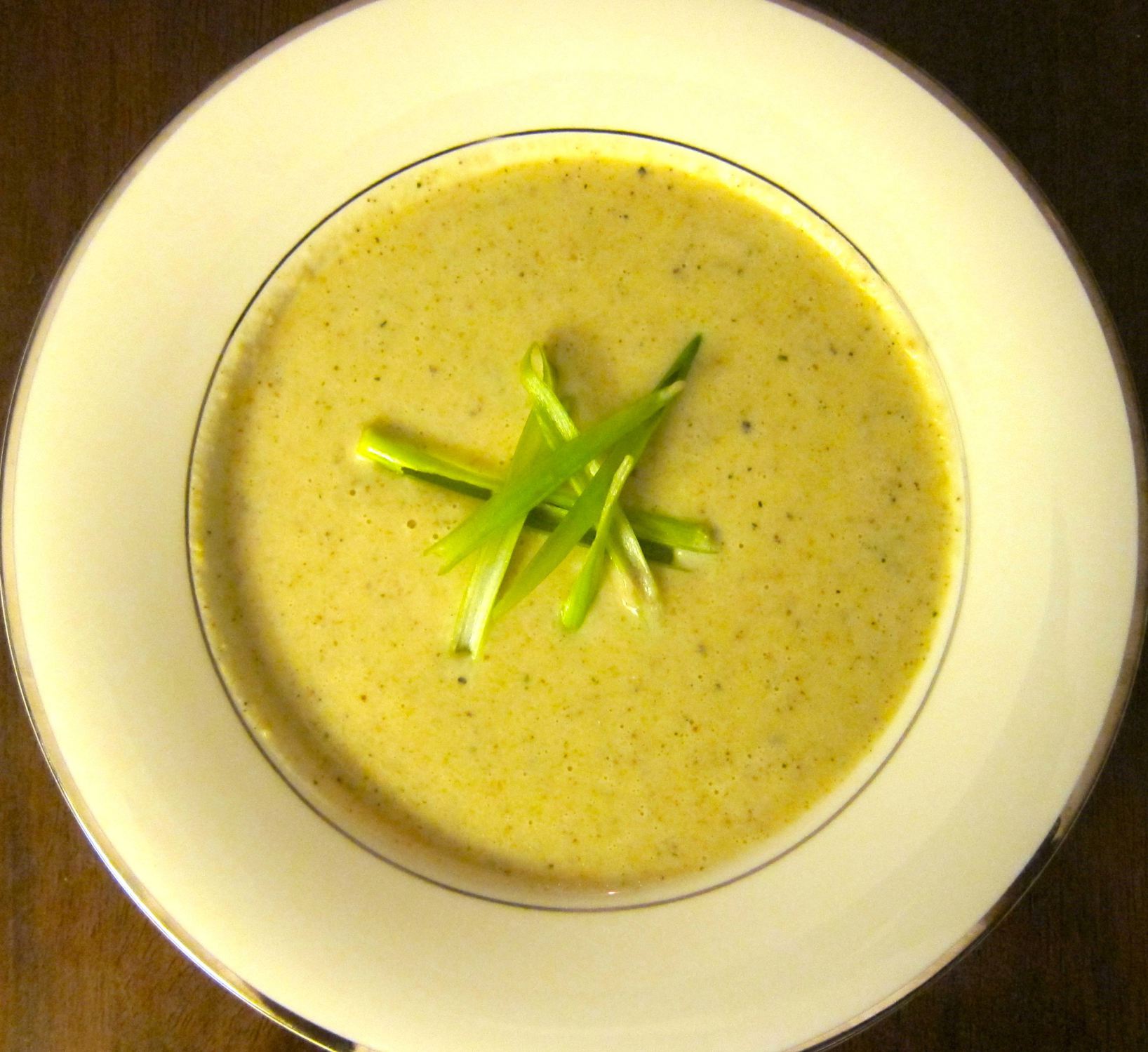 If you love roasted cauliflower soup as much as I do and also adore hot artichoke dip, you simply must make this dish. This recipe takes a glorious, everyday soup and makes it dinner-party worthy when its comfort-food flavors meet unexpected elegance with the addition of artichokes and leeks.